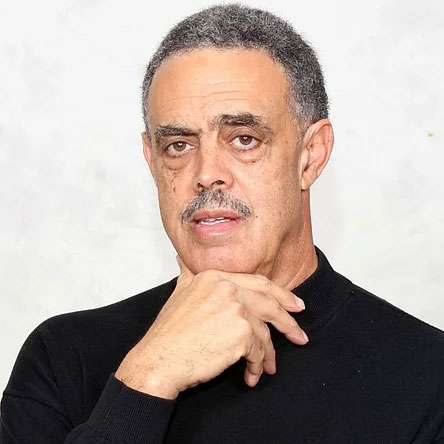 An African American artist known for what has sometimes been called his “illusionistic” style,  Louis Delsarte, is a painter, muralist, printmaker and illustrator. He went to high school in Flatbush, Brooklyn, New York, received a certificate in fine arts education from Brooklyn College, earned his bachelor’s degree in fine arts at New York’s Pratt Institute, and obtained a master’s degree in fine arts at the University of Arizona.

Delsarte’s work has been featured in solo and group exhibitions at museums, galleries and other venues throughout the United States, including the Studio Museum in Harlem, the Metropolitan Museum of Art in New York, the Schomburg Center for Research in Black Culture in New York, the Bodley Gallery (also in New York), the California Afro-American Museum, the Museum of Fine Art at Spelman College in Atlanta, Georgia, and the Howard University Fine Arts Gallery.

When Delsarte was growing up, he was surrounded by music including jazz, opera, musicals and the blues. From this experience, as well as from his knowledge of African history and culture, he has drawn much of the inspiration for his art. For the past 13 years, his work has been exhibited around the United States. He is now a professor of fine arts at Morehouse College in Atlanta, Georgia where he resides.